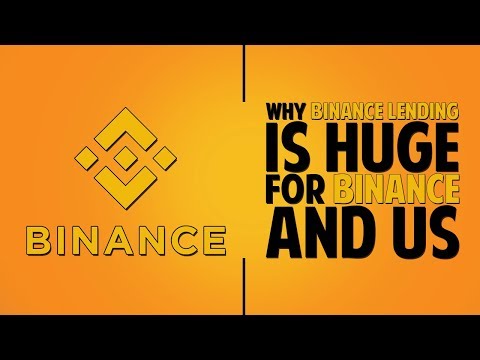 In case you missed it: Major Crypto and Blockchain News from the week ending 12/14/2018

As i am writing Bitcoin dips again, i hope we can sustain the 8000 satoshi level for Viacoin.
Where the bottom lies for Bitcoin? nobody knows.Is this market manipulation? yes probably if you ask me.
In my opinion they are confusing the markets, and a lot of people will impulse trade.
I'm going to be fair, i lost a decent amount of money but sold nothing and will not sell, even if it meant to be that i lost everything what i have invested.
Yes, it sucks to lose hard earned money, definitely if you have not much to spend each month, and what you can spend you bought cryptocurrency for it recent months.
But i am not seeking compassion here, i did it myself, and tought the market was slowly recovering, well we all know how that turned out.
Thats why i am thinking this is pure market manipulation, after this peak in 2017/2018 there where these support levels around 6000, than in the end almost a straight line just above support.
Than suddenly it crashes way below, so a lot people including me, intented it either was slowly recovering or was still in the bear cycle but not at a speed like this.
Also the price of BTC jumps to little after a decline like this, it is more like the decline and than it is sustained.
But i am convinced it will recover, there's to much going on in the cryptocurrency space.
Just to make a few examples:
But with a decline like this, there are also coming some positives.
But never put in to much, if you have let say 100 dollars, it's better to buy 4 x 25 dollars than all at once, don't be in a hurry.
And the crypto-community will become bigger.
Is my opinion changed about Viacoin with the recent price changes?
Not at all, 90% of my holdings are in Viacoin.Because it has all the features, what i think are important.
Also i am realy thrilled to see when market recovery occurs, how fast viacoin will recover, if my thought about no inflation is right, viacoin should recover faster than others.
Because with cryptocurrency that have a higher inflation, the miners have much more to sell, before the price will increase.
But that aside.
I am convinced people who have invested or received Viacoin from friends or whatever, are going to stick with it.
It's a great working product, easy to use, sending and receiving is almost instant without using LN and the android copay wallet is ready to use within 2 minutes.
A big plus for me is also that it is trading on Binance one of the biggest exchanges in the world, and with a BNB trading pair, which not all coins have !
And patiently waiting for all the updates that are coming like:
The lightning network what is going to be released in the near future, also the anonymous samourai wallet.
And a lot more !
Few examples: Styx anonymous transactions - Schnorr signatures - MAST - Smart contracts - Submarine swaps - Colored coins
But we will see how thing will turn out.
Thanks for reading and i will see you next time in what market conditions that may be !
Bye

Goldman Sachs has reportedly agreed to settle with the U.S. government over its role in a corrupt Malaysian government investment fund, which is one of the firm's worst scandals since the ... Digital money that’s instant, private, and free from bank fees. Download our official wallet app and start using Bitcoin today. Read news, start mining, and buy BTC or BCH. Binance CFO Wei Zhou said that over the past month the turnover in the over-the-counter cryptocurrency market has risen very strongly. This was reflected in the earnings of the trading floor, which increased by 66% in the first quarter. Wei Zhou noted that small marketplaces became the main buyers. Their number has increased significantly, the cryptocurrency market has become very attractive ... Bitcoin price wavered on Tuesday as traders awaited second-quarter earnings from the most prominent American banks. The reports expect to provide more details about the status of the US economy, which may indirectly impact the Bitcoin market. Meanwhile, Goldman Sachs noted that it expects S&P 500 earnings per Goldman analysts were also dismissive of the argument commonly made by bitcoin bulls that while Bitcoin itself does not offer dividends and coupon payments, it has value based on scarcity, in much ... Binance has several staff in Japan and has been expanding without receiving permission, the person said. Bitcoin erased gains after Nikkei first reported the FSA’s plans, and the cryptocurrency was trading 2.2 per cent lower at US$8,700.85 as of 10:33 a.m. in London. Rival coins including Ether and Ripple also dropped. Acquiescing to its clients’ demands, Goldman Sachs reasserted its interest in joining the cryptocurrency bandwagon, during its last earnings call. Goldman Sachs Clients Want Bitcoin-based Services Clients have been requesting the multi-national finance giant Goldman Sachs to participate in the cryptocurrency trading industry. Marketwatch reports that on the earnings call of December 17, 2018 ... Why Goldman Sachs Scathing Crypto Report Is Still Positive For Bitcoin. Tony Spilotro · @tonyspilotroBTC May 28, 2020 15:00 . Share. Tweet. Send. Share. Yesterday, multi-trillion-dollar asset management firm Goldman Sachs held a call regarding Bitcoin that was especially scathing. Although the firm trashed cryptocurrencies, there are a number of positives that come out of the situation ... Despite Goldman Sachs involvement with Apple this time, the corporation had already had a long history with certain cryptocurrency restrictions. For instance, in February 2014, Apple had removed ... Goldman Sachs has delivered its earnings report in the morning today. It turned out Goldman Sachs earnings have both beat and missed analysts’ expectations. The bank’s total revenue made up $8 ...